Thousands of protesters —17,000, according to organisers— demanded on Saturday 21 May in Belfast the passing of legislative measures in favour of the rights of Irish speakers in Northern Ireland. It is one of the largest demonstrations in history for Irish, which, unlike Welsh or Scottish Gaelic, does not have an act of its own seeking to promote it. Keep reading

Thousands of representatives of 176 Indigenous peoples are mobilising this week and next in Brasilia against the government of President Jair Bolsonaro and for their right to land and self-determination. A demonstration took place on 6 April in the streets of the Brazilian capital during the Free Land Camp (Acampamento Terra Livre, ATL) meeting, one of the most massive Indigenous mobilisations in the South American country, which has been taking place since 2004. Keep reading

President of South Ossetia Anatoly Bibilov has revived an old idea of the political elites of the South Caucasian republic, that of joining the Russian Federation. Bibilov announced legal procedures for South Ossetia to become part of Russia will be launched after the upcoming 10 April South Ossetian presidential election. Meanwhile, Abkhazia dissociated itself from that path and insisted it does not want to renounce its independence. Keep reading

Corsica has been undergoing a historic wave of protests over the last two weeks following the attempted murder of political prisoner Yvan Colonna in a prison in Arles. To find out more about the context that has led to this situation, we have spoken to André Fazi, professor of Political Science at the University of Corsica. Keep reading

Anti-Putin Chechen volunteers have formed battalions in support of the Ukrainian army as Putin’s close ally and Chechen leader Ramzan Kadyrov has sent in men into battle. Chechen nationalists, having been defeated in the Caucasus 20 years ago, now see the conflict as a window of opportunity to fight Russia. Keep reading

Corsican political prisoner Yvan Colonna is in a coma in a very serious condition after another prisoner strangled him on Wednesday 2nd in a prison in the Occitan city of Arles. The attack has provoked the indignation of Corsican parties and movements, who hold the French state responsible. Keep reading

“Young non-Kanaks have voted ‘yes’ for independence of New Caledonia. And we can convince more of them” 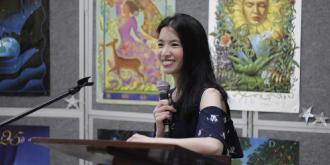 “Being able to study in Kurdish schools is a basic need, just as bread is. But the Turkish government does not let us open even one”